Fruits of the Forest

Snagging a wide one!

Escaping the ever-increasing crowds of West El Salvador’s right points we headed east to another of El Salvador’s dream waves. Needing a change of scenery after almost a month in a bustling fishing village, this new spot could not have been more different. A favourite wave of mine from the journey north, we returned to the same tiny homestay in the middle of the forest only a five-minute walk to the wave. Learning from my previous experience, we brought all our own food, timed the trip with a swell and prayed for afternoon glass-offs to avoid the hordes of morning boats.

It couldn’t have been better! Nathan, Rohan and I arrived to an empty homestay, and were shortly joined by a solo traveller, super friendly, mellow Californian, Jason. The little cabina’s nestled in the forest gave us the perfect setting to chill out between surfs, share surf-travel stories, and enjoy our only excitement out of the water; visits to the bi-weekly pupusa evenings at one of the locals homes. After stuffing down our four meals for under $10, we would stroll back in the dark, up the dirt road with pupusa-filled bellies to the comfort of our forest home. 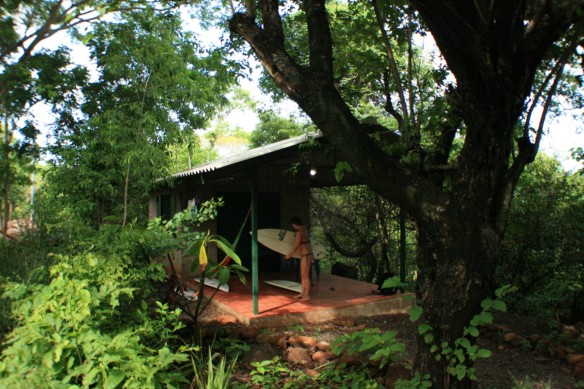 Our cabina nestled in the forest! Photo: SaltyLips|Nathan Bloemers

We had sunshine, torrential rain, thunderstorms and most importantly waves! The crowds came out in full force in the mornings, but if we timed it well we could miss the worst of them and get our waves. But it was the arvo sessions that were really magic, when the wind either dropped or glassed off completely. The four of us would surf until exhaustion or dark, hooting, taking turns and soaking up the unbelievable coastline, watched only by the animals or the odd local. This is what we travel for!

The only hitch to this final part of my journey was when I lived up to my ‘it-would-only-happen-to-me’ mantra. I was overdue an accident, and when we wandered off the beaten track to a lesser known spot with some cool locals we befriended, I really outdid myself.

We trekked down through a forest to a beautiful, secluded bay where the tangled trees spilled out onto the beach. With no one there, we waded out through the shallow water to paddle out to the break, but I didn’t get very far…I felt like a nail gun had been shot through the back of my heal. Oozing a fair bit of blood I went straight back in to find that I had a pencil width puncture in my heel with a small exit wound on the other side. I had been stabbed by a stingray, and a pretty large one at that…and we were in the middle of nowhere!

Initially it was just the pain from the wound but then the venom took hold, and it was agony! Usually priding myself in being pretty hardy, I actually shed a few tears! The pain was getting progressively worse, and with no boiling-hot water to break down the venom, as per Jason’s recommendation, it was time to get me off the beach.

Leaving the others to their uncrowded waves, Nathan and I, with the invaluable help of one of the locals, made an excruciating hour-long trek back up to the cars. The pain was unrelenting, and the more I moved, the more the venom spread…too late for boiling water apparently! Another hour driving to the nearest chemist, which was closed, and a further 30-minutes to a local hospital in the next town, I finally got some medical help and promptly became a human pin cushion.

The pain eventually dulled and we were packed off home with two viles of ‘something-in-Spanish’, two rather large needles, the only instruction:  inject the unknown contents of the viles into my bum cheeks, one every 12 hours…perfect!!! I can say without a shadow of a doubt that this was the worst pain I had EVER experienced, and I was so glad it was over!

All’s well that ends well, and I recovered quickly enough to get a few more surfs in before I had to make the long bus trip to Nicaragua for my flight home. 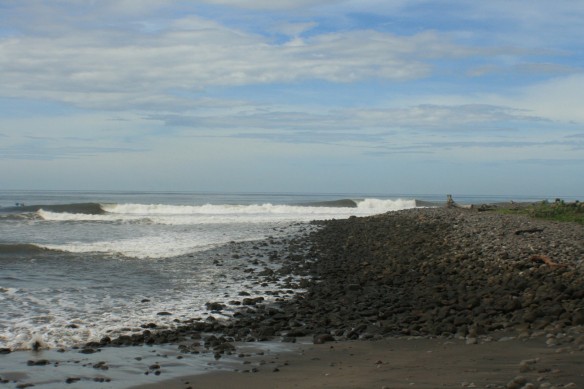 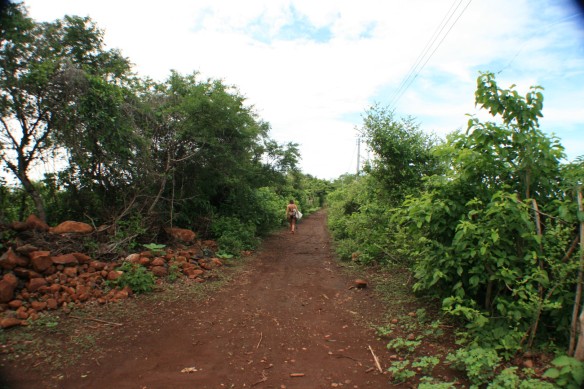 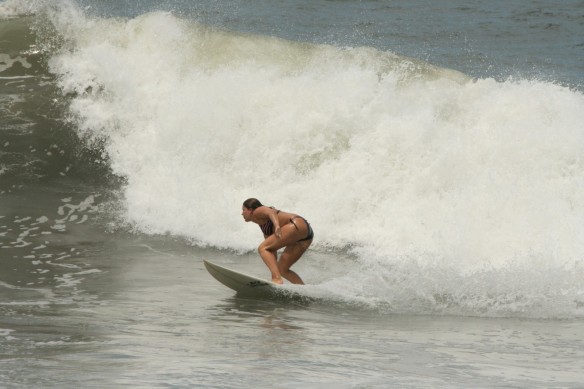 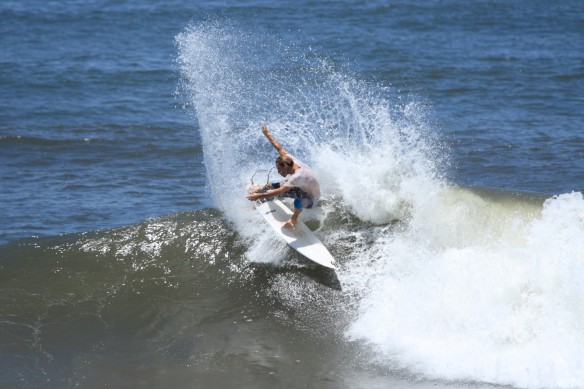 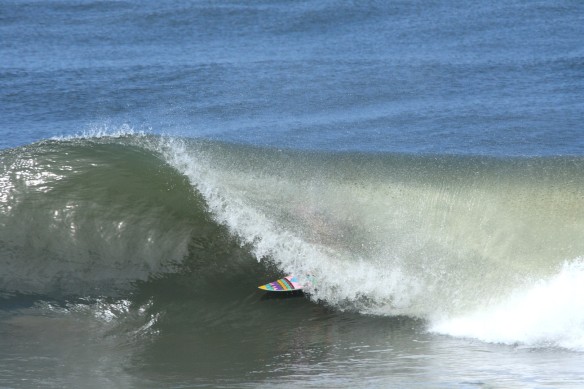 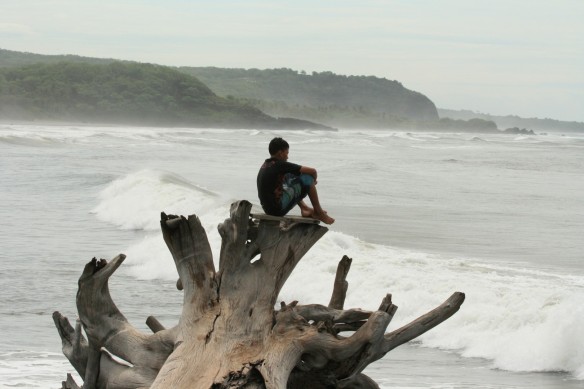 Our only spectator… Photo: SaltyLips|Nathan Bloemers 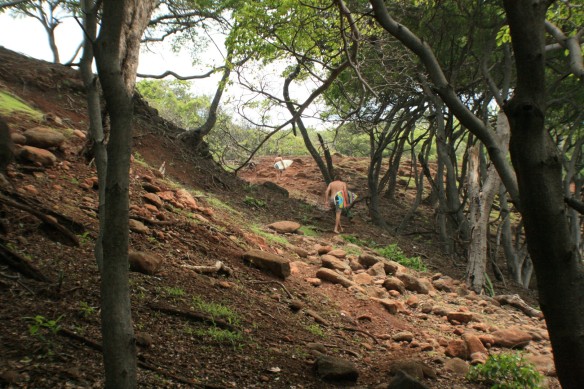 Rohan heading out for a wave with the Disco. Photo: SaltyLips|Nathan Bloemers 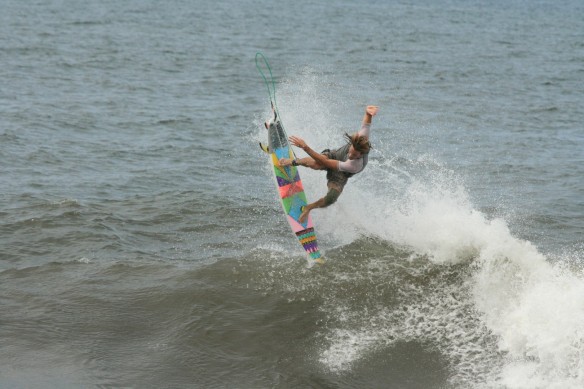 Rohan throwing down the moves on the Disco! Photo: SaltyLips|Nathan Bloemers 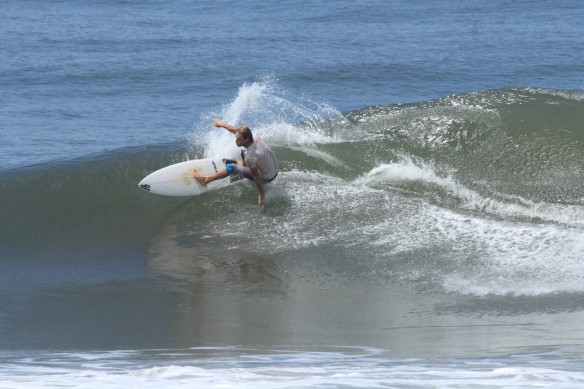 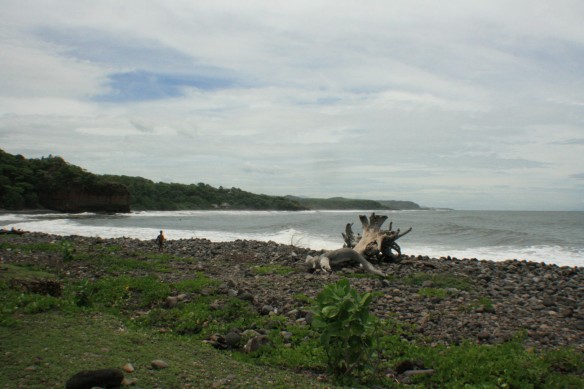 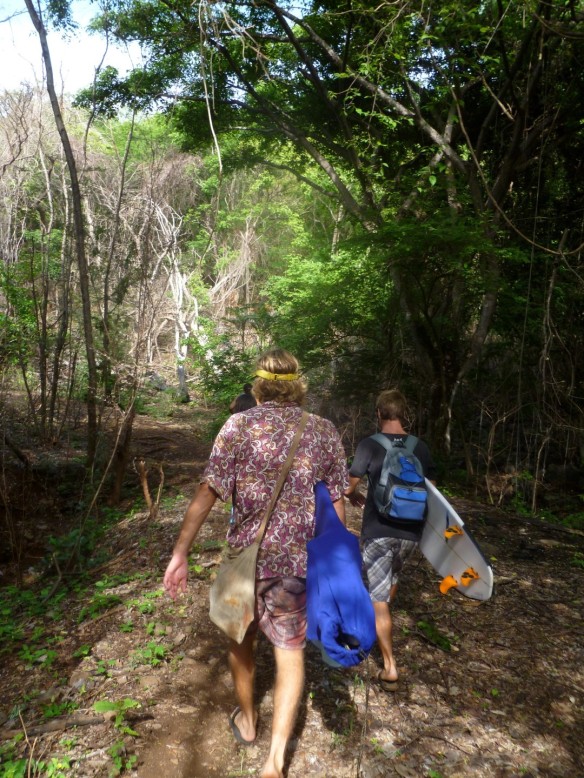 Trekking out to a new spot! 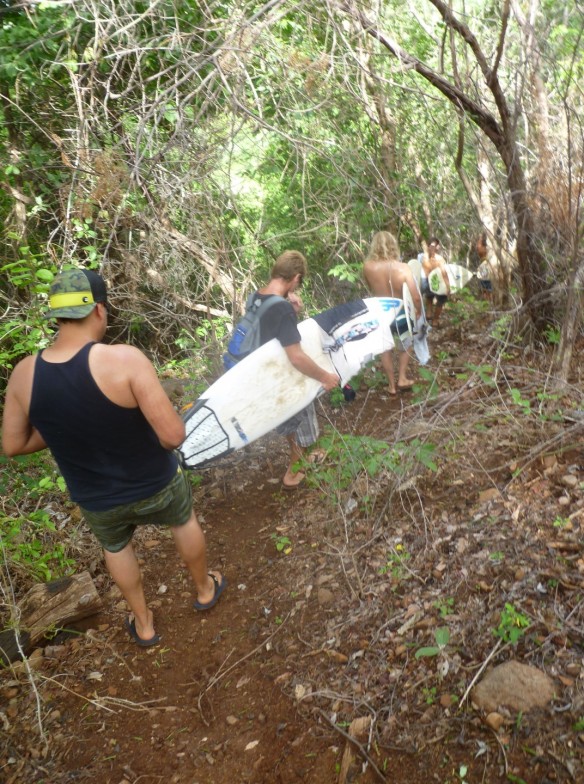 Wandering off the beaten track…

Getting ready for a post trek surf…5mins before stingray incident! 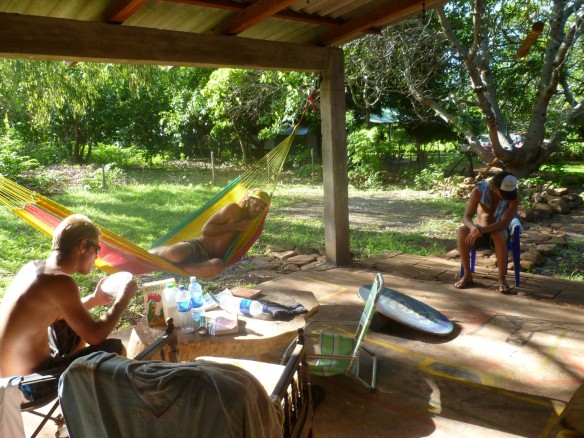 Our chillout area…just hanging around… 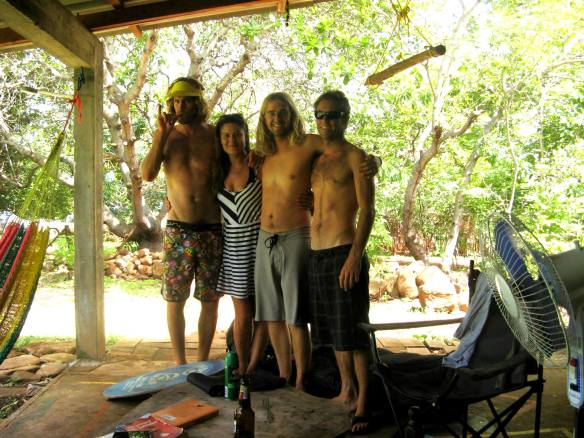 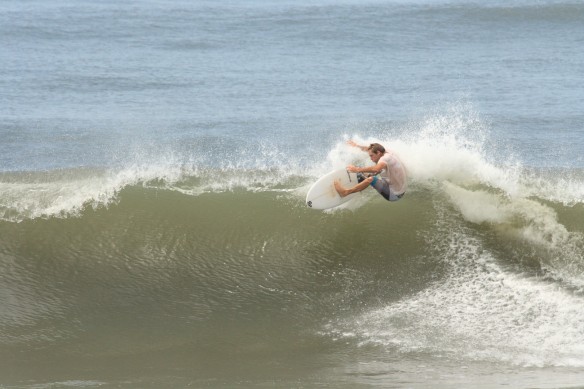 Nathan off the top. Photo: SaltyLips|Emma 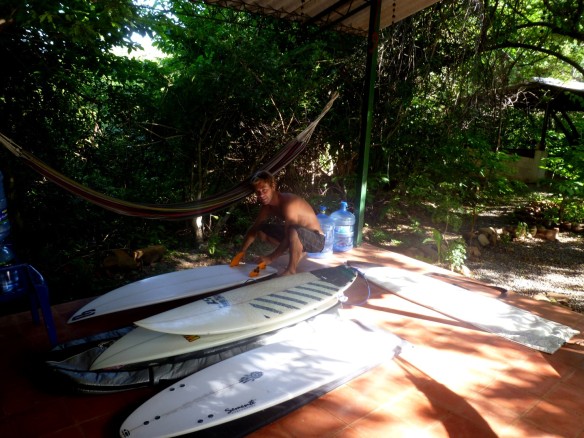 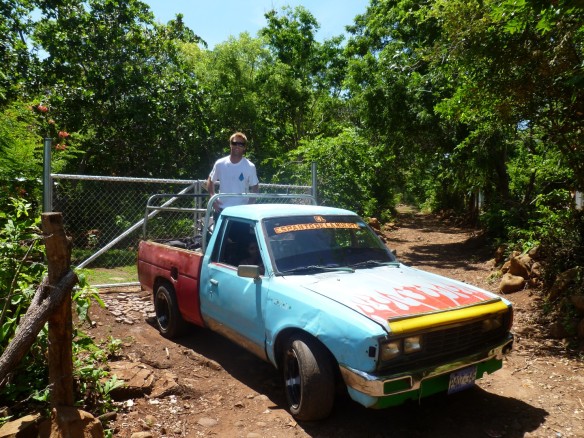 Our epic transport to catch the bus!

Waiting for the bus to Nicaragua…looooong journey home!